Although it's deep into January 2021, I think I finally have a grasp on the goals I want to set for the year. Because of last year's chaos, not only do I not really remember the goals I set for myself, I also don't want to look back and find out that I didn't meet them. We're now just going to talk clean slate and give 2021 a chance. 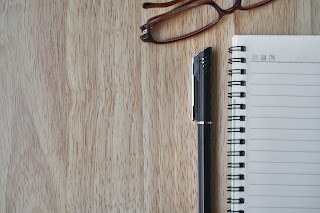 I'm going to have a long list of these simply because I have so many projects that I know need finishing, and I'm tired of seeing them left to the side to get something else done. Here are my top five professional goals for the year:

These are all in my sight, and I believe very doable this year--even the Patreon goal, which for the past couple of years hasn't been met. I just need to get a better grasp on my target audience and figure out what they would like to see from me and get all that good stuff posted. I also have more goals on this list, but some of them need these accomplished first before I can move on.

Personal goals are often the thing that gets left behind when I don't feel I have enough time in the day. However, I've been tired of not making progress, so I'm keeping my top three personal goals simple:

So far, 2021 is looking pretty good for these personal goals. They are small steps, yes, but if I tackle these I can move on to something greater. After all, most personal and professional goals take planning, good habits, and money. After this year, the work will be done. I'll know exactly what I have and what I need to get through the next set of goals.

My plan for 2021 was to move my weekly blog posts to Tuesday--it would work out better for many reasons, including the ability to get those posts out more consistently. But without a planner to write my little to-do lists, I was in a bit of a mess on the first week of the year. That's changed, because my bullet journal/planner/whatever you want to call it arrived on Tuesday. That doesn't mean my world is suddenly organized, and I know that I have to rush through January without great thought to design, but so far it's getting the job done. And I can't begin to tell you how much I love having an excuse to use Micron pens again.

So I thought I could easily push out a blog post for the beginning of year yesterday, but then yesterday happened. On my best day it's hard to pull myself away from breaking news, so I usually just settle in and try to absorb what's going on. Needless to say, yesterday's productivity was near zero.

Now I'd love to tell you what grand plans I have for 2021, but getting a bullet journal planner started was my main focus in the last week of 2020. Beyond that, I'm not sure where to go next. I have released the first article in my series A Taste of Money with a follow-up coming tomorrow. I plan to publish 1-2 articles a week for that one, but what I really need to get out is the publication guidelines so that others can have their chance at publishing work in Frugal and Freelancing.

I'm still looking into other Medium publications to get my work out there, as well as those good ol' literary journals. I need to make a list and pay more attention to submission dates because I tend to miss some good opportunities when submission windows close before I get the submission sent. And all of my longer projects? Those are all still waiting in the wings for when I get inspired again. And since its January, you know I'm already planning for a project to do for National Poetry Month in April. All this leaves me now with plenty to do, and I better get to it.

Email ThisBlogThis!Share to TwitterShare to FacebookShare to Pinterest
Labels: 2021, a taste of money, frugal and freelancing, literary journals, medium, publications, publications on medium

A California Christmas by Brenda Novak
My rating: 3 of 5 stars


Emery is in a whole lot of turmoil from page one of this book--she's a once-renowned TV anchor who not only got caught having an affair with her cohost, but now has the sex tape on the internet to prove it. Without much left of her life in L.A., Emery returns to Silver Springs. That's where she reunites with Dallas, someone that she doesn't know that well, but will quickly realize has loyalties to her even though he is dealing with the reemergence of his own demons from the past.
Because this is a book as part of a series, I think I'm missing some information. While Emery and Dallas' stories are clear, there are tons of other characters that pop in and out of chapters and their stories may very well be a part of another book, but starting at #7 made these intrusions into the main story very distracting. Also, although the title says Christmas, it doesn't have as much Christmas in it as you would think.
View all my reviews
Posted by Terri at 12/31/2020 03:17:00 PM No comments:

The Last To See Her -- Exclusive Excerpt

Genevieve, a writer, is about to finalize her divorce from her cheating husband Todd. So when her sister Meg, an ambitious physician, has a convention to attend in New York City, she invites Gen along to celebrate her return to single life. It will be a perfect sisters' getaway in the big city! But things go awry when, on their first evening at the hotel, Gen decides to take a late night walk and disappears without a trace. Eventually she is officially declared a missing person.

Suspicion soon falls on her sister Meg, who was the last person to see her.

Through twists and turns, it is revealed that Meg has been sleeping with her brother-in-law Todd... And then there is a question of a newly purchased insurance policy that just has just gone into effect before Gen’s disappearance. Both Todd and Meg deny any knowledge of it.

But has an actual crime been committed? Can it be proven? And if so, who is really the guilty one? 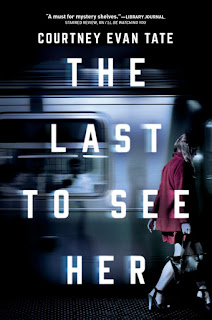 Courtney Evan Tate is the nom de plume (and darker side) of the New York Times and USA Today bestselling author Courtney Cole. As Courtney Evan Tate, she is the author of Such Dark Things and I'll Be Watching You. Courtney grew up in rural Kansas and now lives with her husband and kids in Florida, where spends her days dreaming of new characters and storylines and surprising plot twists and writing them beneath rustling palm trees. Visit her on Facebook or at courtneycolewriters.com

Review: In a Holidaze

In a Holidaze by Christina Lauren
My rating: 4 of 5 stars


Mae just wants to have a normal holiday, but when she wakes up the day after making out with a long-time friend of the family, she's certain that she's ruined everything. Especially when she's secretly in love with his older brother, Andrew. So when she's leaving the cabin, possibly for the last time, she makes a wish and sees in come true Groundog's Day-style.
This is a classic rom-com from Christina Lauren. It has all the elements that you would expect: drama, intrigue, hilarity, and a happy ending. Not only does it have all that, it is also set during the holiday season, so it's the right book to pick up right now when you have a few hours free between online shopping and cookie baking.
View all my reviews
Posted by Terri at 12/01/2020 05:16:00 PM No comments:

Drop Me a Line!